Last week was a rough one for the S&P.  On Wednesday, it established a new very short term downtrend.  Then on Friday, it broke below its 200 DMA (now support).  Of course, that break won’t be confirmed until the close on Wednesday.  Also, as you can see, it has unsuccessfully challenged its MA twice---on 6/11 and again on last Thursday. So, there is clearly major support at this level  On the other hand, the Dow has already reverted its 200 DMA to resistance.  That said, until both indices successfully challenge their 100 DMA’s, I think the bias in stock prices is to the upside. 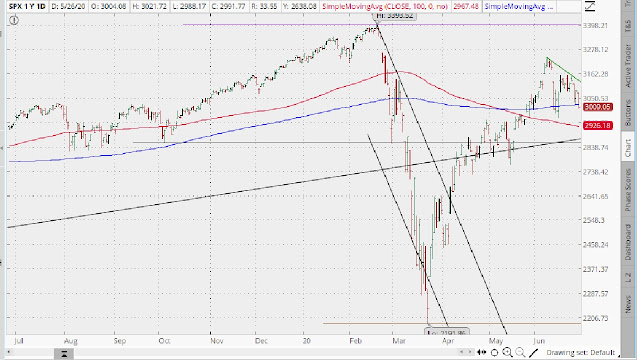 The long bond finally looks like it has broken out of its two month funk.  Of course, it still needs to push above that 4/21 high to really cement a firm short term uptrend.  Meanwhile, the long term technical picture has remained reasonably solid. 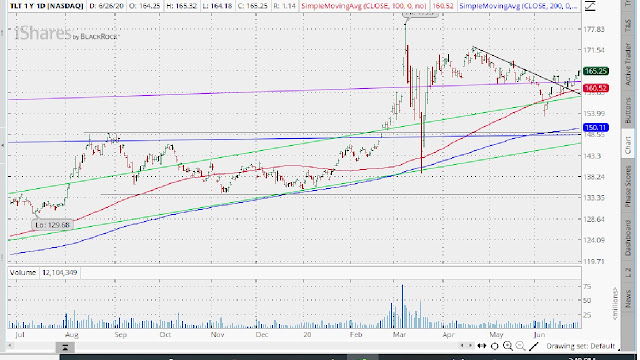 On Friday, GLD traded back to Tuesday’s seven year high.  So, its chart remains strong both on a short and long term basis.  The assumption has to be that gold’s price is going higher. 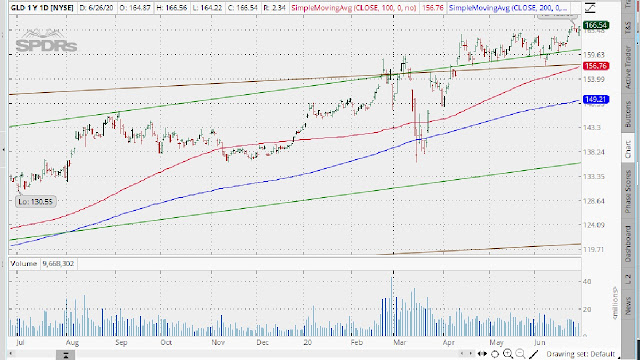 The dollar’s chart continues to be the worst of the lot.  There is a touch of good news---it tested the lower boundary of its short term trading range bounced and then made a higher low.  Still if investors are coming to believe that the economy is weakening again, the gold and bonds up and the dollar down would reflect that scenario. 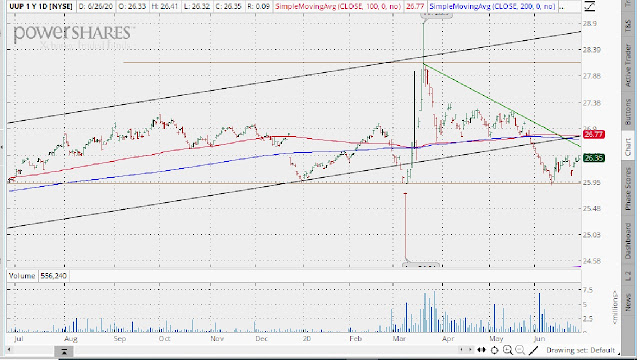 The VIX pin action is really surprising to me.  On Friday’s 700+ point down day in the Dow, the VIX’s performance was remarkedly docile.  That suggests that investors are not as alarmed as stocks would indicate.  This could possibly be explained by either the Robinhood day traders remaining active in options markets or the FAANG stocks accounting for a disproportionate share of Friday’s price decline.  Whatever the reason, this is something to watch as hint for Market direction. 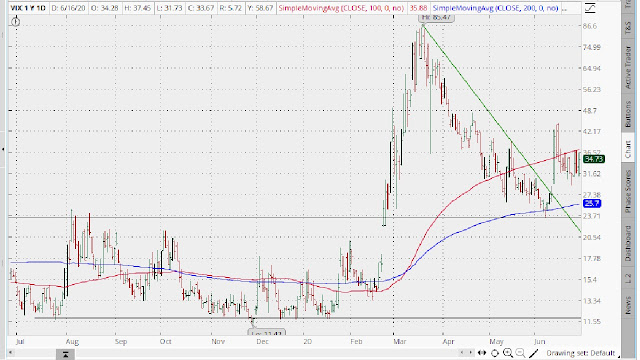 News on Stocks in Our Portfolios
AT&T (NYSE:T) declares $0.52/share quarterly dividend, in line with previous.

June German inflation was 0.7% versus expectations of 0.4%.

Global trade recovery could be impacted by numerous disputes.
https://www.zerohedge.com/markets/global-trade-recovery-could-be-weakened-multiple-disputes

Update on the oil market.
https://www.zerohedge.com/energy/oil-market-optimism-entirely-misplaced

I hate it when this happens.
https://www.zerohedge.com/personal-finance/266325-lamborghini-totaled-20-minutes-after-it-leaves-showroom