The S&P’s moonshot following its mid-May gap up open kicked in the afterburners on Friday with another big gap up open.  I have opined that the current pin action has the marks of a blow off top; and that the two questions in my mind are (1) can the index reach its all-time high (3398) or even make a new high and (2) how much of restraint will those two gap up opens have on the S&P’s rate of advance and ultimate high?
https://www.zerohedge.com/markets/heres-your-v-no-market-not-forward-looking 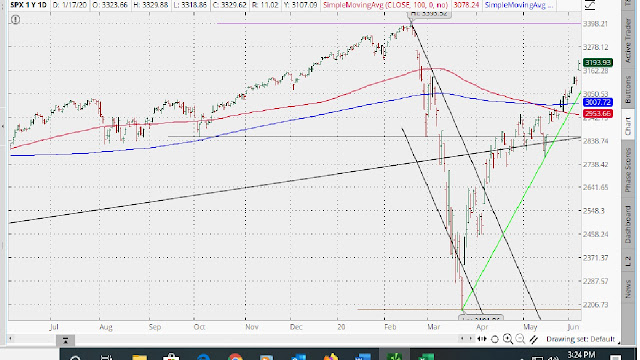 The long bond took a beating last week, falling below the upper boundaries of its intermediate and very short term uptrends, making a new lower low, ending below its 100 DMA (now support; if it remains there through the close on Tuesday, it will revert to resistance) and finally supporting the risk-on action in stocks. 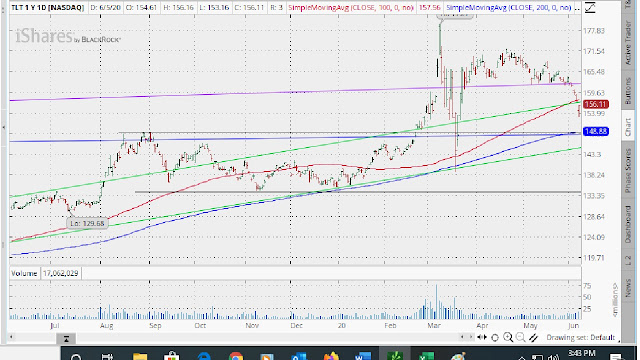 Like TLT, the dollar got hammered last week, breaking the uptrend off its March low, resetting its short term uptrend to a trading range and reverting both DMA’s from support to resistance.  With the bond market selling off (rates rising), UUP should be following suit (foreigners selling US bonds usually means that they are selling the proceeds therefrom). 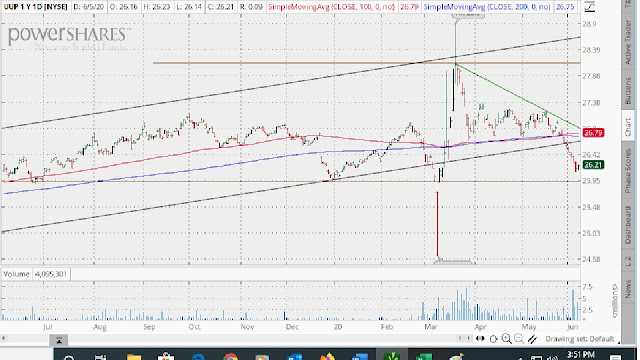 GLD performed well throughout a major risk-on week---until Friday when it made its first lower closing low since the current rally began in late March.  Its chart is still strong---above both DMA’s and within short and very short term uptrends; but, at a minimum, upside momentum may be fading. 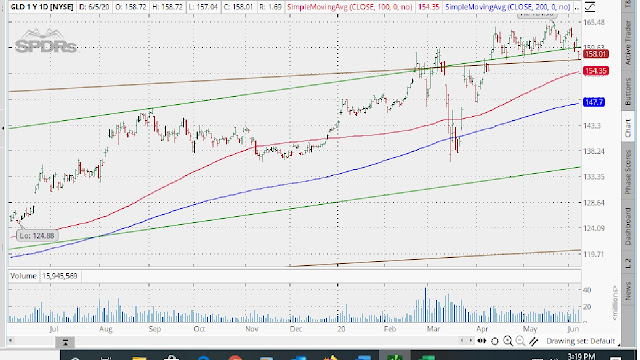 While the VIX is mirroring stocks, making a new three month low and (on Friday) and finishing below its 200 DMA (now support; if it remains there through the close on Wednesday, it will revert to resistance), its struggle to move lower suggests an abnormal level of investor uncertainty. 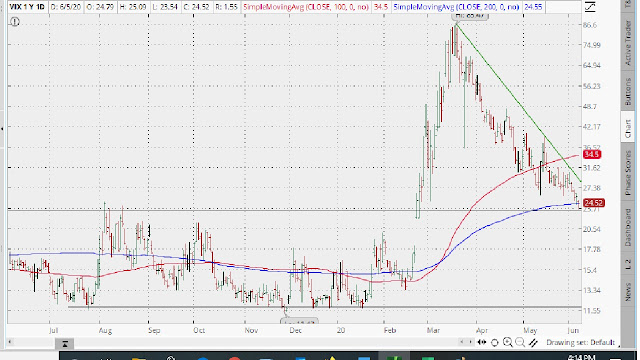 Monday morning humor (if only).
https://www.zerohedge.com/markets/friday-humor-san-francisco-does-new-covid-19-math

Bankruptcies soar in May.
https://www.zerohedge.com/economics/corporate-bankruptcies-soar-48-may-most-financial-crisis

How many towels and sheets do you need?
https://politicalcalculations.blogspot.com/2020/06/how-many-towels-and-sheets-should-you.html#.XtpzZzpKg2w

Quote of the day.
https://cafehayek.com/2020/06/bonus-quotation-of-the-day-467.html?utm_source=feedburner&utm_medium=email&utm_campaign=Feed%3A+CafeHayek+%28Cafe+Hayek%29