The S&P vacillated most of last week.  The good news is that it is holding above its 200 DMA.  The bad news is that (1) the Dow is below its 200 DMA, keeping the Averages out of sync and short term directionless until this incongruity is corrected and (2) the longer the indices leave their ‘island tops’ intact, the more likely a move to the downside. 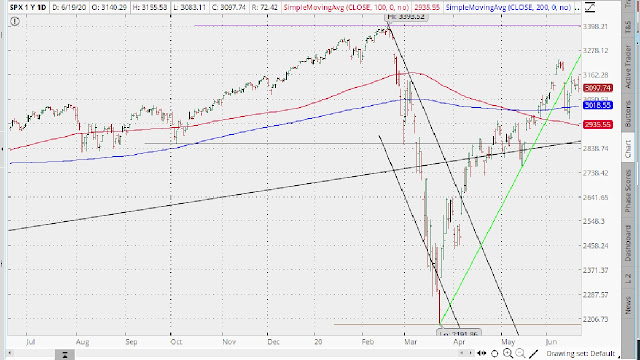 Long term, TLT remains strong technically, though it has struggled recently to maintain upward momentum.  It is now making its fourth attempt break out of a month long sinking spell.  Stay tuned. 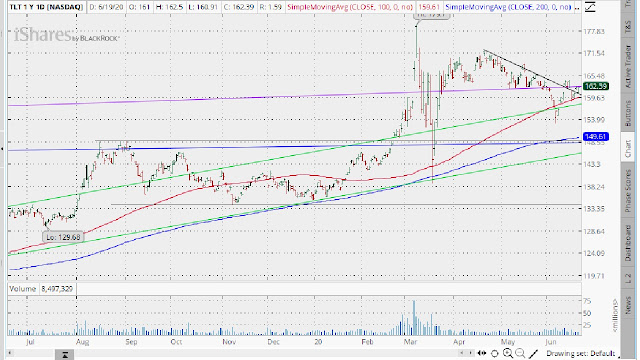 Gold spiked on Friday, making a strong attempt to re-establish upside momentum.  I want to see a day or two of follow through before concluding that it has accomplished that task. 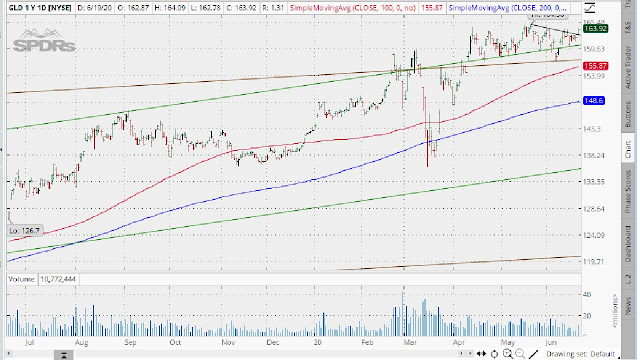 The dollar has sustained an uptrend marked in inches per day.  So, while it is good news that it has bounced off the lower boundary of its short term trading range, progress to date leaves it below both DMA’s and the upper boundary of its very short term downtrend.  Notice that all three are converging at the same approximate level which increases the strength of resistance. 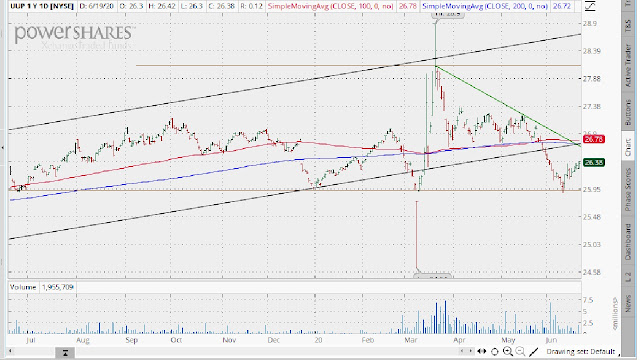 The VIX has sold off during what is basically a flat week in stock prices, in the process, reverting its 100 DMA to resistance.  This indication of less uncertainty is a plus for stocks. 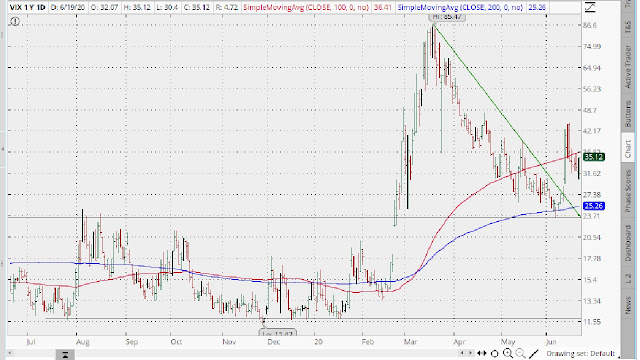 The Fed is adding the pandemic to the upcoming bank stress tests.
https://www.zerohedge.com/markets/fed-add-pandemic-stress-test-will-consider-v-u-shaped-recovery-double-dip-recession

Selling everything is not a good idea.
https://theirrelevantinvestor.com/2020/06/18/one-out-of-five-investors-sold-all-of-their-stocks/

The May Chicago Fed national activity index came in at +2.61 versus estimates of -10.0.
https://www.zerohedge.com/economics/us-national-activity-index-rebounds-may-v-shaped-recovery-still-absent

A tidal wave of bankruptcies is coming.
https://www.nytimes.com/2020/06/18/business/corporate-bankruptcy-coronavirus.html