The S&P’s spike off its 3/23 low remains intact.  Given the steepness of this advance and its overbought condition, some consolidation shouldn’t be a surprise.  As you can see, the next significant resistance level exists at the 100/200 DMA’s.
https://www.zerohedge.com/markets/bofa-vol-liquidity-tatters-there-no-depth-market 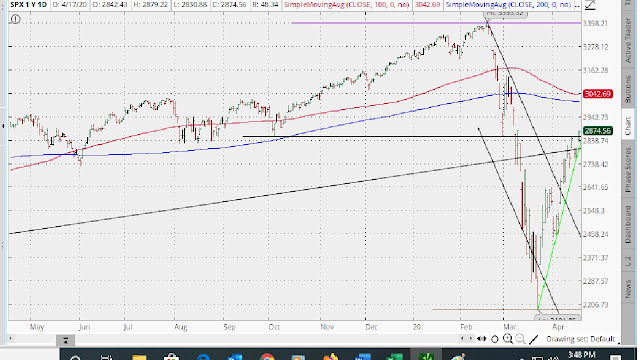 Friday’s pin action notwithstanding, the long bond had a good week.  Indeed, it is in uptrends across all timeframes and would have to fall all the way back to its 100/200 DMA’s before experiencing any challenge to its upward momentum. 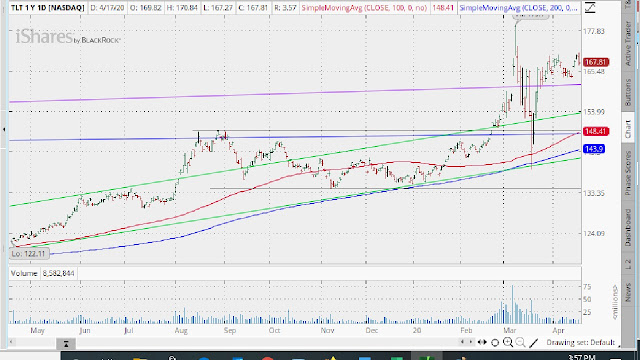 GLD had a disappointing week.  But the good news is that (1) it is in uptrends across multiple timeframes and (2) it remained above the upper boundaries of its short term and very short term uptrends.  The bad news is that it is challenging an uptrend off the March 13th  low; although given the strength of that ascent, it is not surprising that GLD is taking a rest. 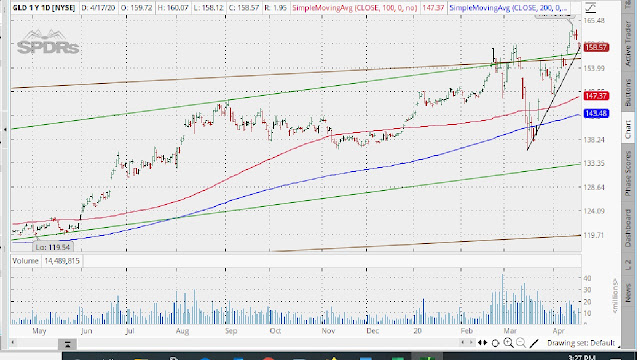 Ignoring those huge up/down spikes in early March, the dollar has been developing a pennant formation since then.  And as you can see, it is very close to the point of that pennant.  The technical axiom is that a break from that point will presage a big move in the direction of the break. 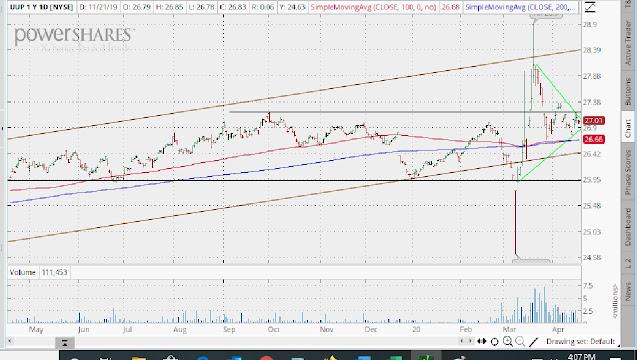 The VIX has mirrored stock prices since the March 23rd low with the notable difference being the magnitude of its drop does not match that of the rise in equities, suggesting that uncertainty is dissipating somewhat slower than normal. 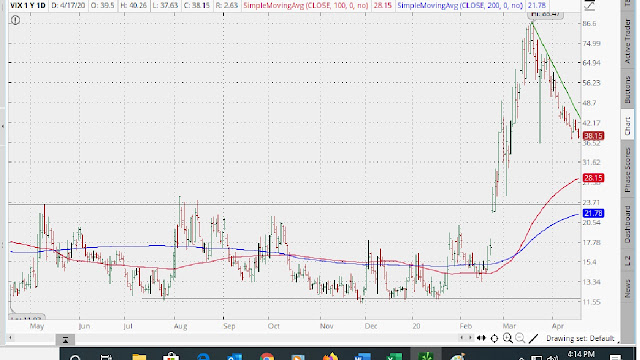 The March Chicago Fed national activity index came in at -4.19 versus forecasts of -4.0.
International

The February EU trade balance was +E23 billion versus expectations of +E17.5 billion.

Another casualty of political correctness.
https://pjmedia.com/lifestyle/land-o-lakes-indian-maiden-bows-to-political-correctness/

Where did this comet come from?
https://www.syfy.com/syfywire/is-the-interstellar-visitor-oumuamua-a-fragment-of-a-shattered-alien-world