The S&P continues to work its way back towards a challenge of its all-time high.  It appears that investors are in one of those moods in which formally bad news is now good news.  As long as that mindset remains, the short term bias to the Market is up.  And as I repeatedly note, as long as investors believe that QEInfinity/Forever is a good thing for the Market, its long term bias is up---at least until QE ends. 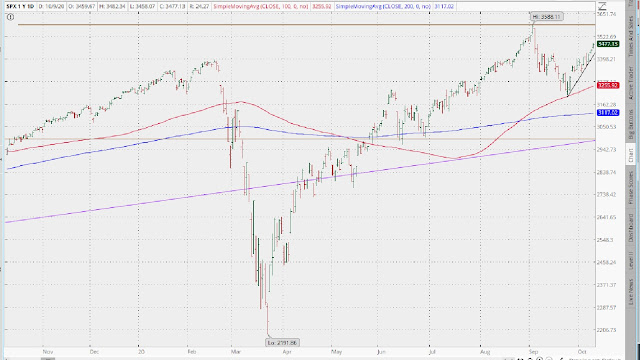 While it is too early to tell, the long bond may be signaling a directional change.  It has successfully challenged its 100 DMA (now resistance) and is now in position to challenge its 200 DMA (now support); which if successful would likely be followed by a challenge of the lower boundary of its very short term uptrend.  Still, it will likely take some heavy lifting to just get through those levels of support.  Plus, it has those two major gap down opens overhead that need to be filled.  So, the call for the moment remains for lower interest rates but with the caveat that I wouldn’t be betting any money on it. 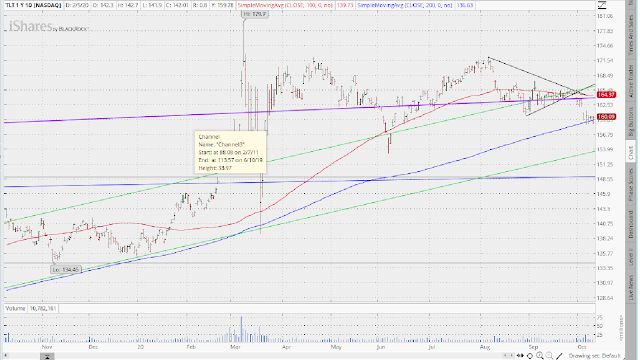 Gold made a big move on Friday, breaking above the downward trend of lower highs.  If it can hold above that trend and begin developing a new series of higher lows, that would suggest investor concern about higher inflation (higher interest rates) or a need for safety or both.  But we need watch GLD in conjunction with the behavior of the long bond and the dollar to get confirmation of investor sentiment. 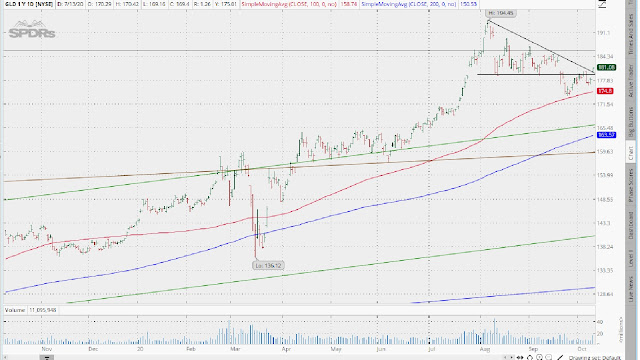 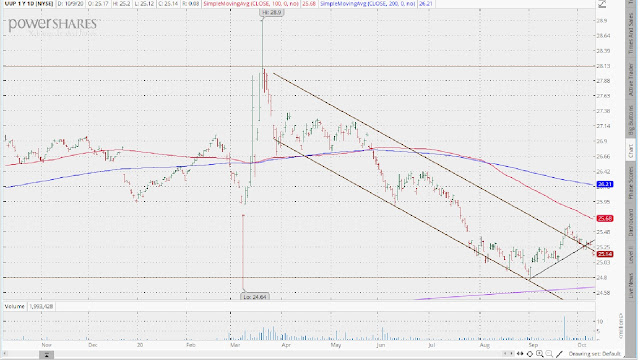 The bottom line here is that GLD, TLT, UUP all a testing support/resistance level which, if successful, would mark a change in investor assumptions about the direction of the economy.  Importantly, we can’t assume anything yet.  But we need to be alert that a change may be in the offing.

Last week was a slow one for statistical releases in the US.  What we got was basically mixed; so, nothing of informational value.  But the fact that the data was not upbeat, however skimpy fits with the current pattern of economic improvement but not in the ‘V’ shape that is hoped for. That said, the economy might get some help from our political class which seems to be working its way toward some kind of a second stimulus bill.  We can only hope.

Overseas, the indicators were again overwhelmingly positive; that makes two weeks in a row of markedly upbeat numbers---which hopefully presages an improvement of the current the pattern of irregular growth.  Again, we can only hope.

Whatever the shape of the recovery, I am not altering my belief that long term the economy will grow at a historically subpar secular rate due to the twin burdens of egregiously irresponsible fiscal and monetary policies---which, by the way, are becoming even more egregiously irresponsible as a result of measures being taken by the government and the Fed in dealing with the current crisis.

The demand for money and other considerations (must read).

The airlines shouldn’t and needn’t be bailed out.

Former head of FDA says no need for a lockdown.

Bottom line.  The financial industry is doing it again.

The latest from Jim Bianco.