Hell of a chart.  Five huge down days; with three gap down opens; the breaking of two resistance levels (the very short term uptrend and the 100 DMA) and the threat of the break of a third resistance level (the 200 DMA).  Clearly indicative of  enormous selling pressure.  And unless there is some sort of news showing a slowdown in the infection/death rates from the coronavirus, my assumption is that that downward pressure will continue.
That said, how many times did I say last week that stocks were dramatically oversold?  Well, guess what?  They still are.  My point being beware of the technical bounce especially in a terrible Market.
https://www.zerohedge.com/markets/market-crash-continues-ahead-futures-open-navigating-what-happens-next 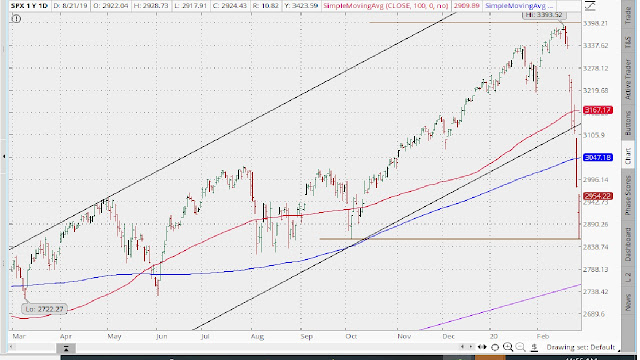 The long bond was stronger than duck butter, advancing relentlessly on rising volume.  It played the perfect role as a ‘safety trade’.  There is certainly nothing in the chart to suggest that the trend to lower yields won’t continue. 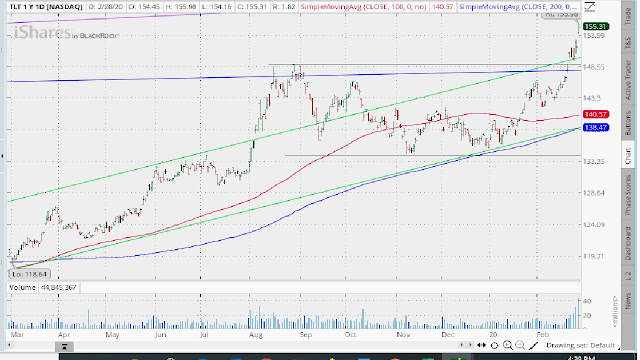 On the other hand, GLD was down on hug volume---something that was surprising to me in a risk off Market    Of course, the selloff resulted in virtually no technical damage to GLD’s charts.  The only thing that happened was that it failed to breach the upper boundaries if two uptrends---which speaks to momentum (slower) not direction.  So, there is no reason to think that the upward momentum on gold’s price is in jeopardy. 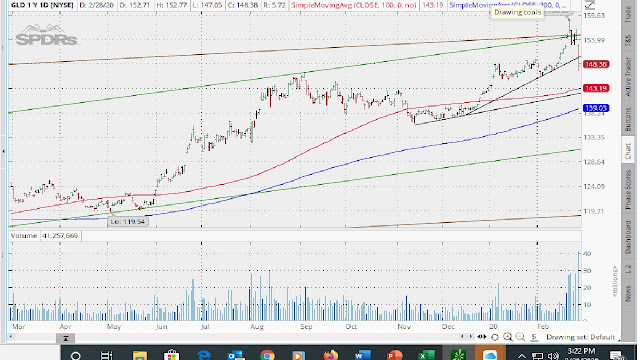 The dollar’s performance was even worse than GLD’s, negating its very short term uptrend and initiating challenges to both its 100 and 200 DMA’s.  If those are successful, then clearly its value as a safety trade will have been diminished. 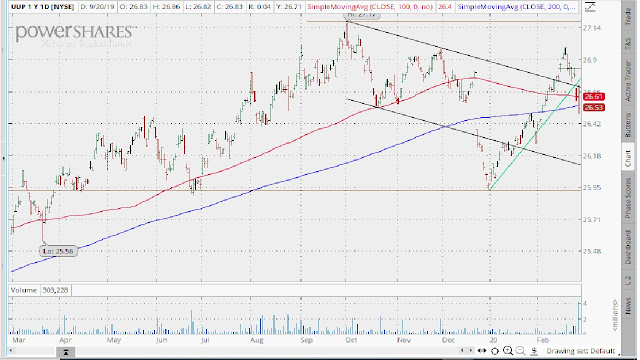 Clearly, the TLT, GLD, UUP ‘safety trade’ triumvirate  is losing some its technical strength.  That doesn’t mean that their investors still aren’t worried; but perhaps those concerns are starting to be reflected in prices.

Investors finally realized that TLT, GLD, UUP were trying to tell them something and joined the risk off trade on Monday, returning the VIX to levels more indicative of the Market’s pin action. 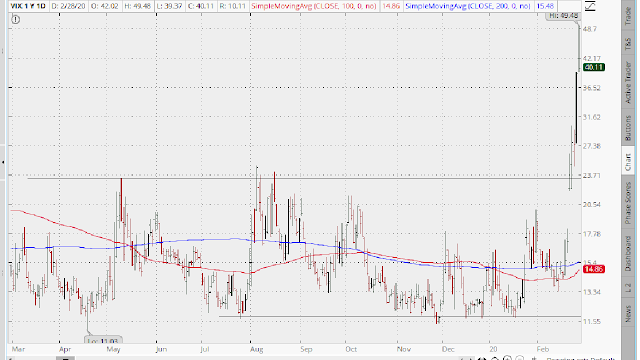 Warning from National Institute of Allergies and Infectious Diseases/
https://www.zerohedge.com/health/coronavirus-now-community-spread-within-united-states-dr-anthony-fauci

Quote of the day.
https://cafehayek.com/2020/03/quotation-of-the-day-3085.html?utm_source=feedburner&utm_medium=email&utm_campaign=Feed%3A+CafeHayek+%28Cafe+Hayek%29