The S&P had a turbulent week.  It closed the 9/4 gap up open.   But in the process created a gap down open and broke below its 100 DMA.  On Friday, it reversed that action, filling the gap down open and voiding the challenge of its 100 DMA.  Clearly, that is a plus for the upside momentum thesis.  The key now is there enough strength to push it above the 7/26 and 9/12 highs? 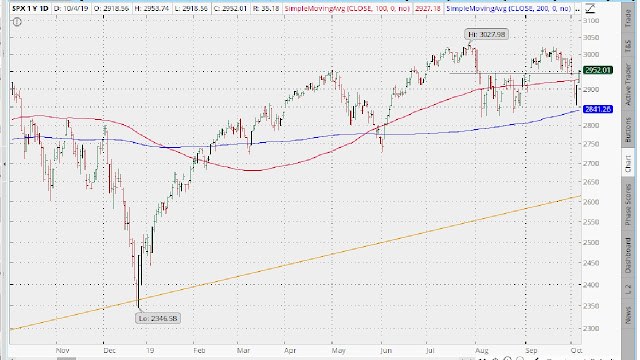 As you can see, the long bond maintains its strong, steady recovery from the 9/4 sell off.  So, the bond boys are thinking that rates will continue to fall, suggesting an easier Fed and weaker economy. 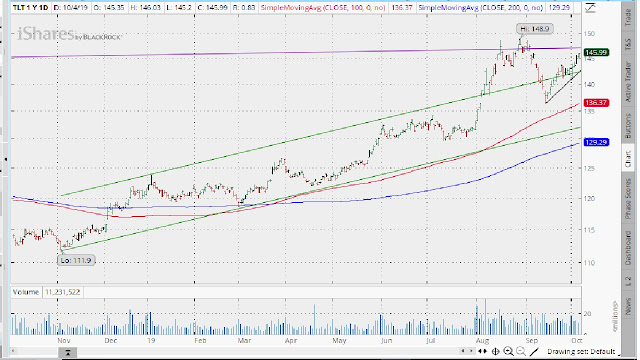 The dollar remained calmed through last week’s Market volatility, finishing in a  solid uptrend.  The fact that gold continues to recovery in the face of this strength suggests both are acting like safety trades.
The problems in the repo market are just the tip of the iceberg.
https://www.zerohedge.com/markets/repo-market-incident-may-be-tip-iceberg 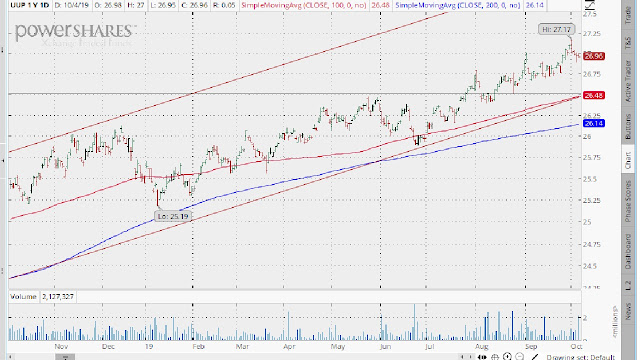 GLD recovered from the dramatic sell off in the prior week, returning to the range defined on the upside by a declining trend of lower highs and on the downside by a boundary defined by the early September lows.  This is not a particularly positive formation.  So, risk remains to the downside.  Gold needs to push through the upper boundary of the current pattern for the chart to become more upbeat. 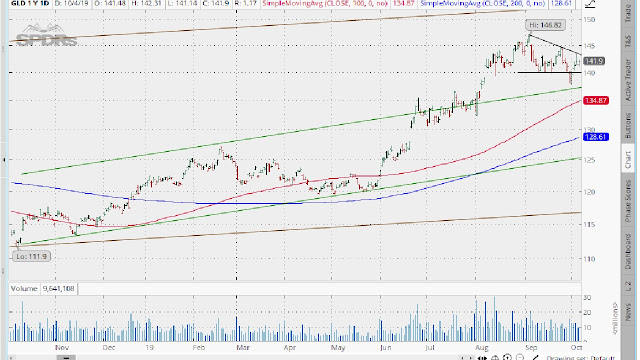 While the VIX was down 10 7/8 % on Friday, it still ended above both MA’s and in a very short term uptrend.  That is not an encouraging sign for stocks. 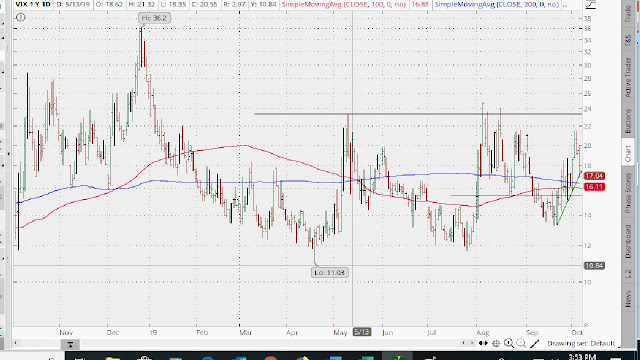 ECB critics on QE; how far behind is the US?
https://www.zerohedge.com/markets/ecb-whistleblowers-emerge-former-central-bankers-cry-out-against-draghis-monetary-insanity

August Japanese leading economic indicators came in at 91.7 versus consensus of 94.0.

US to withdraw from Syria.
https://www.zerohedge.com/geopolitical/major-policy-shift-us-pulls-out-syria-ahead-imminent-turkish-invasion