Notwithstanding last week’s powerful rally, note that the S&P has yet to surpass the upper boundary of a very short term downtrend connecting the early and mid-June highs.  This not to say that it won’t; it is to say that for the moment, the S&P remains in a very short term downtrend and a short term trading range.  I would note that this burst of strength was on low volume.  Also note that the TLT and GLD (signs of potential trouble) are making new highs, while stocks have not. 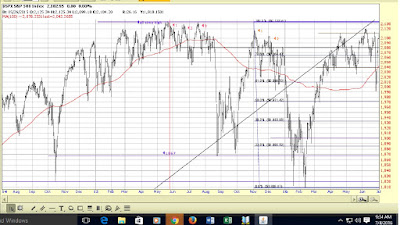 How do you argue with a chart like this?  Uptrends across the board, meaning momentum to lower interest rates.  With TLT’s dash through the upper boundary of its short term uptrend, it is getting overbought. 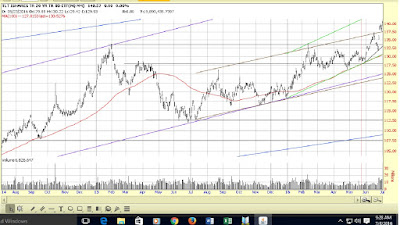 Last week, GLD negated a two day break above its intermediate term trading range, then soared above it for a second time; if it finishes there today the intermediate term will re-set to an uptrend.  In a Subscriber Alert, the Aggressive Growth Portfolio Added to its GDX position.
http://www.zerohedge.com/news/2016-07-03/post-brexit-panic-sends-gold-silver-positioning-record-highs 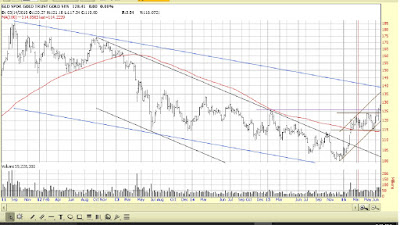 With the sharp snapback last week, it looks like the VIX is going to have another go at the lower boundary of its short term trading range.  At the very least, it suggests a bit more upside in stocks. 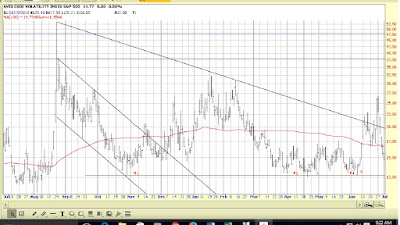 The primary indicators were tilted to the positive side: first quarter GDP (+), first quarter corporate profits (+), the June ISM manufacturing index (+), May personal income (-), May construction spending (-) and June personal spending (0).  Of note is the consistently more upbeat data from the manufacturing sector which to date has been a major source of weak to negative growth.  Of course, this is the first week that we have witness such meaningful rebound in the data; so more is needed before any definitive conclusion can be made about improvement in this sector.

The score is now: in the last 41 weeks, ten have been positive to upbeat, twenty nine negative and two neutral.  While these numbers in aggregate point at recession, the past nine weeks stats have see sawed back and forth, raising the question as to whether the economy is attempting to stabilize at an even slower rate of growth than before.  At the moment, I believe the odds are low that this is occurring; but I leave it as a possibility.
http://www.zerohedge.com/news/2016-07-03/steen-jakobsen-exposes-policymakers-comical-ali-strategy

The central banks helped investor sentiment last week as both the ECB and the Bank of England announced that they were ready, willing and able to pour as much money into the system as needed to stabilize in negative fallout from the Brexit.  It would seem that QEInfinity continues to excite the investment boys.

***overnight, the June EU Markit flash composite PMI came in at 53.1 versus expectations of 52.8; the June China Markit services PMI was reported at 52.7 versus estimates of 51.2.

Finally, helping out GLD and TLT but being largely ignored by the ‘everything is awesome’ crowd, the Italian banks appear to be in crisis mode.
http://www.zerohedge.com/news/2016-07-04/italian-banks-tumble-monte-paschi-plunges-record-low-after-ecb-letter

This is just what the doctor ordered---more military buildup in the Middle East (medium):
http://www.zerohedge.com/news/2016-07-04/putin-deploys-russian-aircraft-carrier-syria-retaliation-us-naval-build-mediterreane