With multiple resistance levels being overwhelmed, at the moment, there is no technical reason to believe that stocks can’t go significantly higher----maybe:
http://jeffhirsch.tumblr.com/post/147463512638/historically-new-all-time-sp-500-high-doesnt 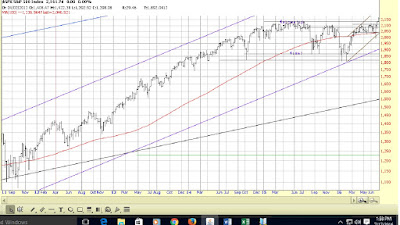 TLT has a lot of room to correct before breaking even the shortest term uptrend.  Of course, that means that stocks could run a lot to the upside before the TLT and the S&P begin to signal conflicting trends. 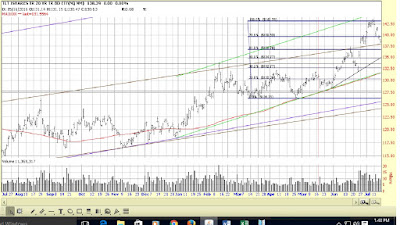 GLD (like TLT, a generally counter trend indicator) is holding much better than TLT, adding some confusion to the technical picture. 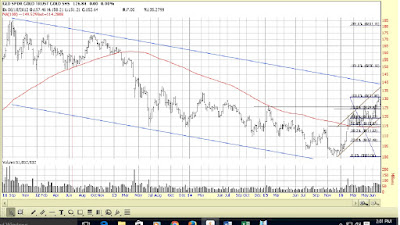 The challenge begins in earnest. 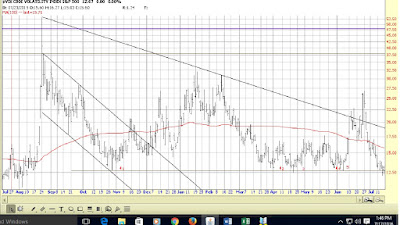 As you can see, last week’s economic data was strongly weighed to the positive side.  Plus the primary indicator (June retail sales and June industrial production) were also quite upbeat.  This make three weeks in a row of positive stats, two of which were very strong.  So we are at the point where the economic improvement can’t be dismissed as a fluke or statistical noise.  Also certainly the decline in economic activity the US experienced over the last 10 months has leveled out.  Still in the big picture, the score is now: in the last 43 weeks, twelve have been positive to upbeat, twenty nine negative and two neutral.  Whether this is a pause before a second round declining activity or a genuine rebound is still up in the air.  I am not altering our forecast at the moment; but the yellow light is now red and it is flashing rapidly.

I noted in a Morning Call last week that if there was any reason to be more sanguine about the current environment it was this developing story on our economy.  That said, economic growth would have to rebound substantially before it would have much impact on our Valuation Model.

Overseas, second quarter Chinese GDP was stronger than estimates (if you believe them), while June consumer inflation was up less than expected and June exports and imports both declined; Japan lowered its outlook for economic growth and inflation; May Italian industrial output fell, the European Economic Commission lowered its 2017 economic growth forecast for both the EU and the UK.  Bottom line---not much of reason to be encouraged by the global economy.

Of course, last week’s big news was the ‘everything is awesome, but not awesome enough to warrant central bank tightening’, what with rumors of ‘helicopter’ money in Japan, three FOMC members saying that there is no hurry to raise rates and a goldilocks Beige Book.
http://www.zerohedge.com/news/2016-07-16/janet-yellen-sounds-fumbling-idiot-no-matter-what-she-does

Bottom line: the US economy appears to be stabilizing.  Not so the international economy.  And the central banks appear no closer to taking their foot off the QE accelerator.  Indeed, Japan is likely to stomp down harder.  For the moment, everything is awesome; but if the recent US dataflow is an indication of things to come, then easy money here is developing a short shelf life in this country---that is, unless the Fed is too scared to start tightening; if so, then we may have to start worrying about inflation.

Investing for Survival
How exercise shapes you far beyond the gym.
http://nymag.com/scienceofus/2016/06/how-exercise-shapes-you-far-beyond-the-gym.html

Quote of the day (short):
http://cafehayek.com/2016/07/quotation-of-the-day-1778.html?utm_source=feedburner&utm_medium=email&utm_campaign=Feed%3A+CafeHayek+%28Cafe+Hayek%29

16 out of 23 Obamacare coops have now gone bankrupt (medium):
http://www.zerohedge.com/news/2016-07-17/illinois-obamacare-co-op-goes-bust-leaving-tens-thousands-risk