What a week for the S&P. A gap down open on Tuesday which hasn’t been filled and then a gap up open on Friday that needs to be filled.  And don’t forget the October 11th gap up open waiting to be closed.  While long term momentum remains to the upside with the S&P above both MA’s and in uptrends across all timeframes, all these gap opens suggest to me that short term traders are controlling the pin action which is not healthy and could be an indication that the Market is entering or has already entered a blow off top.
https://www.zerohedge.com/markets/sell 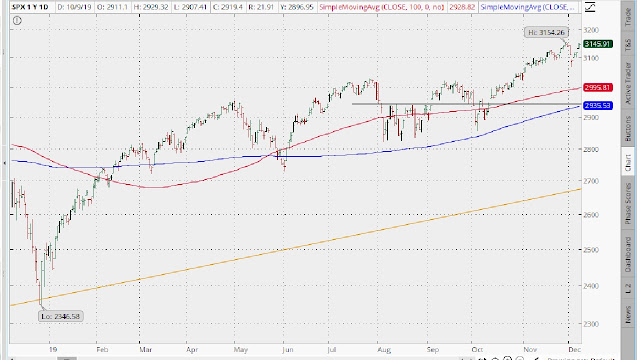 The long bond performed more in line with the technical norms.  It gapped down on Monday, gapped up on Tuesday, then spent the rest of the week filling both.  That leaves the long term momentum to the upside. But that is starting to be challenged given that  (1) on Friday, the 100 DMA reverted to resistance, (2) it continues trade in a trend of lower highs and (3) it is approaching the lower boundary of its very short term uptrend. 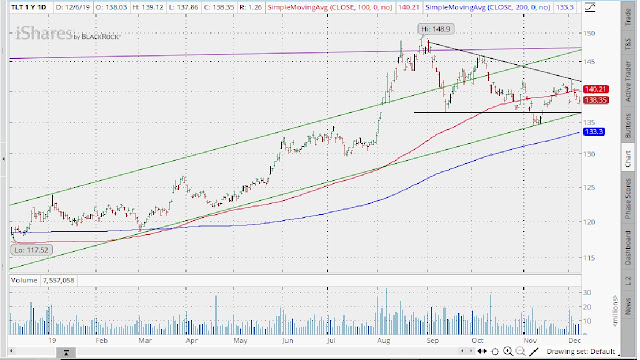 I noted in last Friday’s Morning Call that, of late, the dollar had exhibited the most stable pin action among the indicators that I follow.  It was moving steadily downward throughout the week, resetting its short term trend from up to a trading range and challenging its 100 DMA on Thursday.  Then it gapped up on Friday’s open, its investors joining the schizophrenic behavior of their brothers in stocks, bonds and gold. 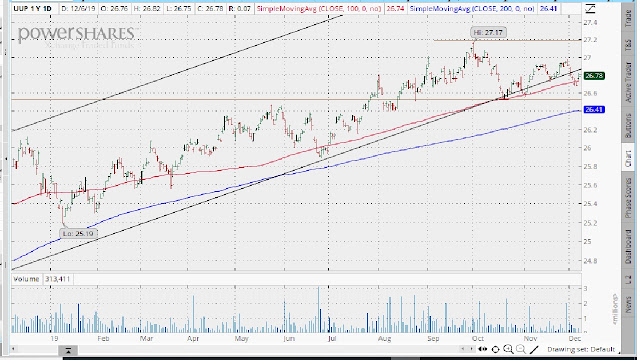 GLD shared in last week’s volatility.  It had a gap up open on Tuesday which never got filled.  Then gapped down on Friday’s open, leaving two gap opens in the same week.  Both need to be filled.  Short term, the most important thing to note about this chart is the continuing trend of lower highs. 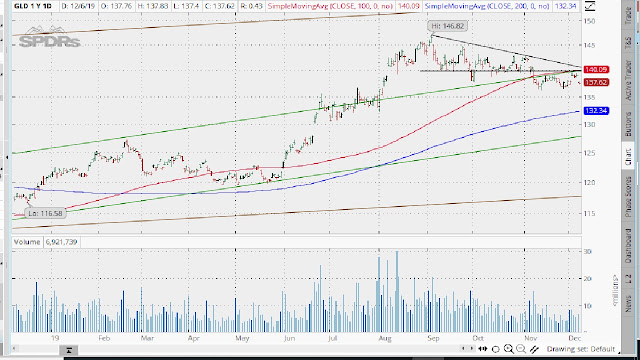 After rocketing higher on Monday and Tuesday, the VIX spent the rest of the week drifting back into a range indicating complacency.  I can’t resolve in my mind how investors can be at once complacent but also react so violently to headlines that aren’t sudden exogenous events.  But it makes me nervous. 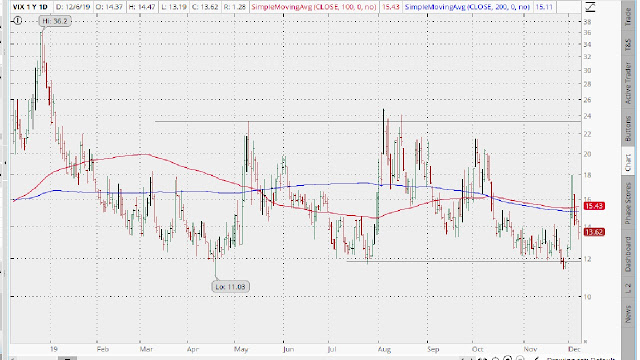 The angst of John Mauldin.
https://www.advisorperspectives.com/commentaries/2019/12/06/inflationary-angst

The October German trade surplus was E21.5 billion versus forecasts of E17.5 billion.

Social Security is not the financial lifeline you might think it is.
https://www.usatoday.com/story/money/2019/12/04/social-security-lifeline-retirement-money-benefits/40730379/