Despite the sell off on Friday, the S&P continues its relentless advance.  It is likely being aided by seasonal factors.  Expect more to the upside, but be aware that this latest pin action is looking increasingly like some kind of blow off top. 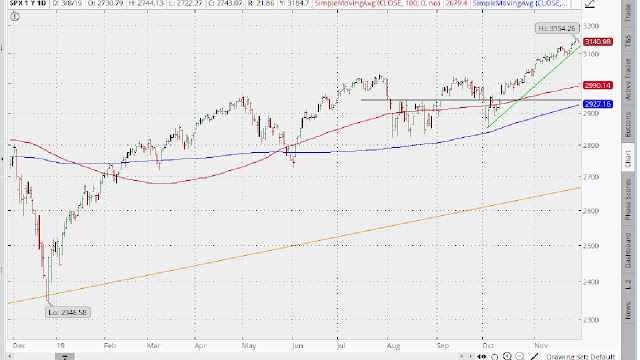 The long bond remains in uptrend across all timeframes and above both MA’s.  But you can see that the trend of lower highs is signaling some loss of momentum.  I am assuming that rates will continue to move lower; though that is clearly in conflict with the message of the stock market. 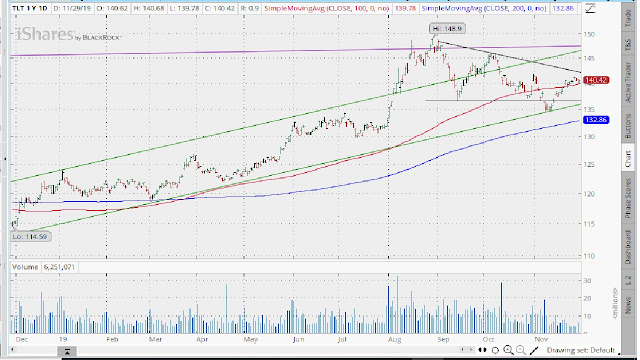 The dollar has regained the momentum that it lost in October.  If that is implying an improving economy then its investors that would support the view of the equity markets.  If its pin action is being driven by the need for safety, then it supports the long bond. 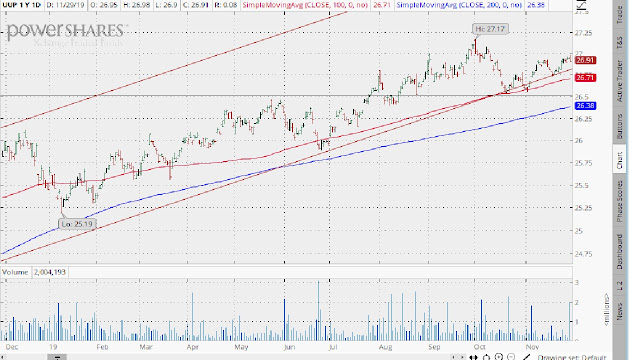 Gold had a decent week.  While it remains in very short term and short term uptrends and above its 200 DMA, it has lost upside momentum and is struggling to recover above its 100 DMA---which is key to regaining that upside momentum.  Its recent price action suggests that investors are unclear about the direction of the economy and interest rates. 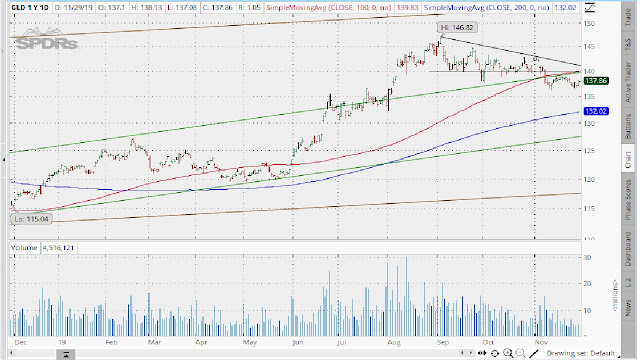 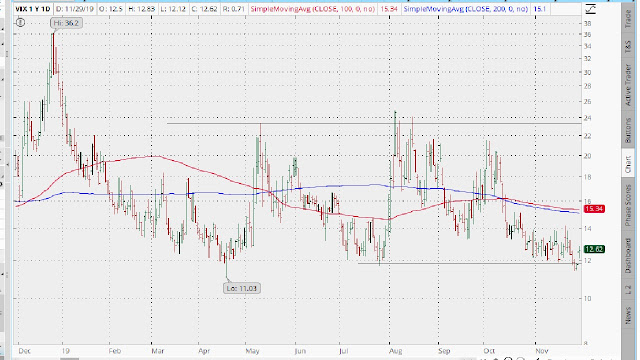 Friday in the charts.
https://www.zerohedge.com/markets/precious-metals-pummeled-november-stocks-dollar-soar-trade-deal-hype

The economic data was again negative last week.  While the primary indicators mixed (two positive, two negative), I am still rating it a negative.  Score: in the last 216 weeks, sixty-nine were positive, ninety-nine negative and forty-eight neutral.

Overseas, it was more of the same, though the stats were a bit less skewed to the negative.  Nonetheless, they were negative.

The most important and overlooked economic number.
https://www.zerohedge.com/markets/most-important-overlooked-economic-number

Quote of the day.
https://cafehayek.com/2019/12/quotation-of-the-day-2995.html?utm_source=feedburner&utm_medium=email&utm_campaign=Feed%3A+CafeHayek+%28Cafe+Hayek%29