On Friday, the S&P closed above its 100 DMA for the third day, reverting to support and above the upper boundary of the August 5th trading range, voiding that trend.  Both are pointing at the resumption of upward momentum.  The next resistance level is the all time high (3027).  The only negative is Thursday’s gap up open---which needs to be closed. 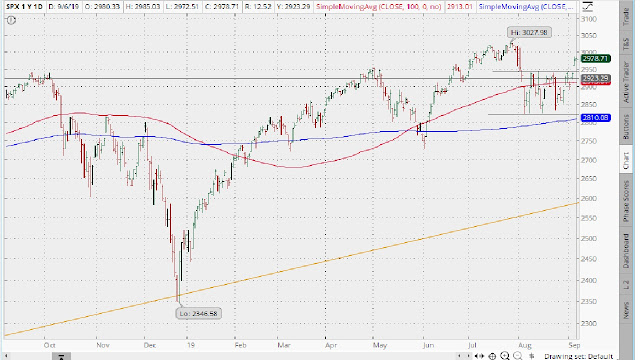 The long bond recovered from Thursday’s shellacking, though it did not close Thursday’s gap down open---which will need to be filled.  Its chart remains very strong with TLT above both MA’s and in uptrends across all timeframes. 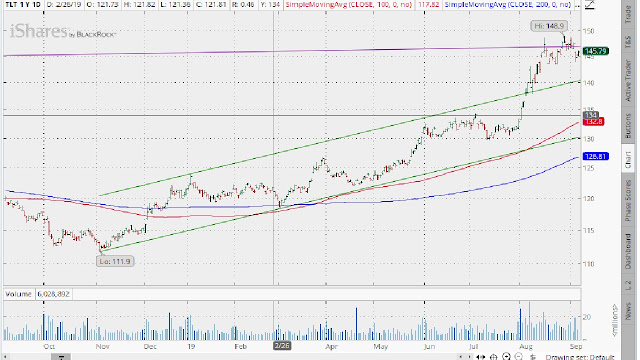 The dollar was up four cents on Friday, continuing to close the gap down open on Wednesday.  It ended above both MA’s and in short and long term uptrends. 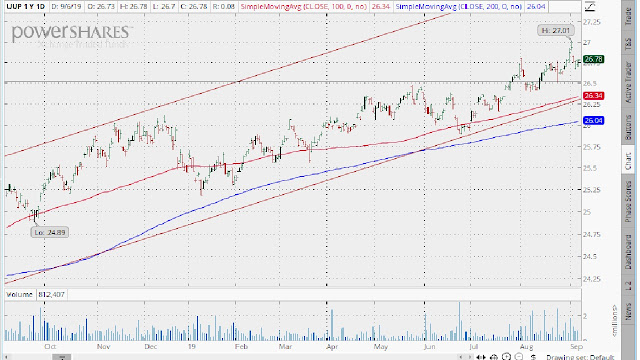 While GLD was lower the last two days last week, but it remains above both MA’s and in very short term and short term uptrends.  You can see the gap down open last Thursday---which needs to be filled. 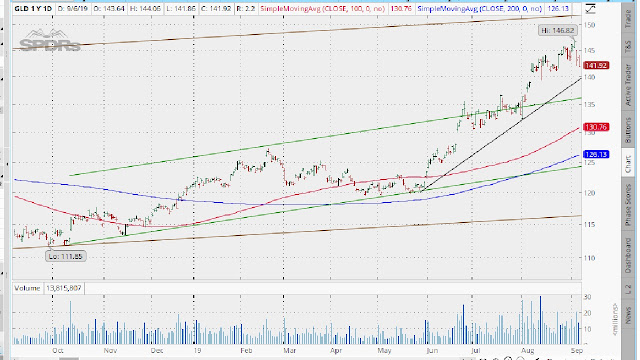 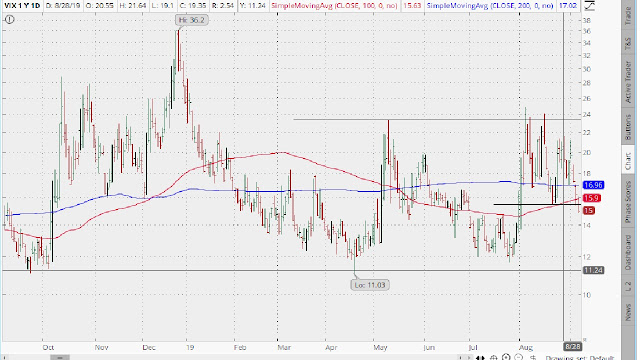 At last, somebody gets it.  Central banks need to raise rates,
https://www.zerohedge.com/news/2019-09-08/why-ecb-should-raise-not-cut-rates

UN official says immigrants have the right to enter the US.
https://www.zerohedge.com/news/2019-09-06/un-global-comms-chief-says-illegally-entering-us-right

How Napoleon lost the battle of Waterloo.
https://www.nationalgeographic.com/archaeology-and-history/magazine/2018/01-02/why-napoleon-lost-battle-waterloo/

Debunking the ETF’s are bubble myth.
https://awealthofcommonsense.com/2019/09/debunking-the-silly-passive-is-a-bubble-myth/
Quote of the day.
https://cafehayek.com/2019/09/quotation-of-the-day-2908.html?utm_source=feedburner&utm_medium=email&utm_campaign=Feed%3A+CafeHayek+%28Cafe+Hayek%29

Mueller covered for the Saudi’s after 9/11?  I wonder how much of this is true.
https://www.zerohedge.com/news/2019-09-07/mueller-helped-saudis-cover-involvement-911-attacks-lawsuit