Longer term, the S&P maintains its upward momentum.  It is uptrends across all timeframes and above its 200 DMA.  It is attempting to reset its 100 DMA to support (if it remains there through the close today, it will do so).  On the other hand, it continues in the trading range dating back to August 5th, though it is clearly at the upper boundary.  Resetting the 100 DMA and busting out of this short term trading range will likely add the upward momentum.          Failure just means more back and forth until this trading range is voided.
https://www.zerohedge.com/news/2019-09-02/yuan-stocks-plunge-us-china-trade-talks-headlines 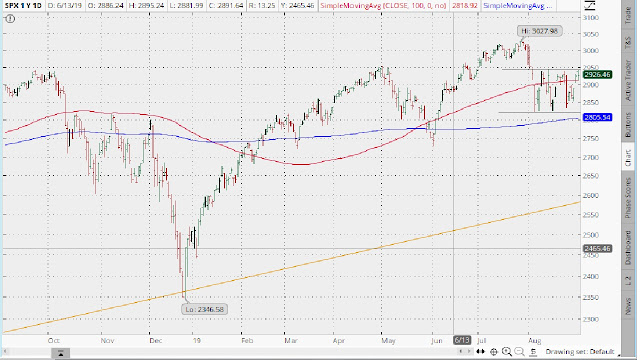 Despite the stock guys getting jiggy with the trade news last week, bond investors appeared to be more circumspect.  I don’t believe that it has anything to do with the impending Fed rate cut.  So, somebody is worried about something. 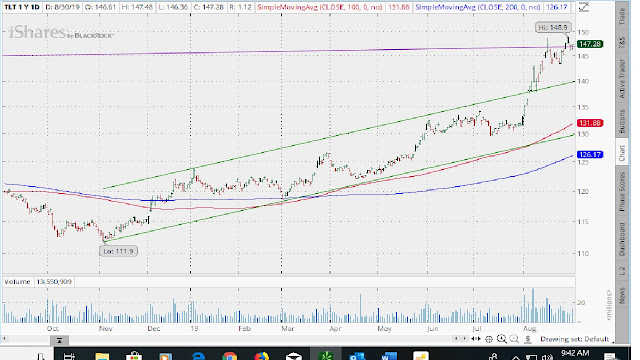 The dollar smoked last week.  Global investors apparently continue to view it as a safe haven and not concerned about the prospects for another rate cut. 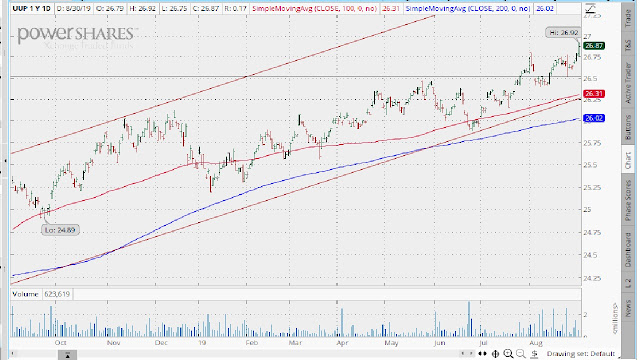 GLD did retreat a tad last week; but its chart remains strong.  More evidence that at least some investors continue to be worried. 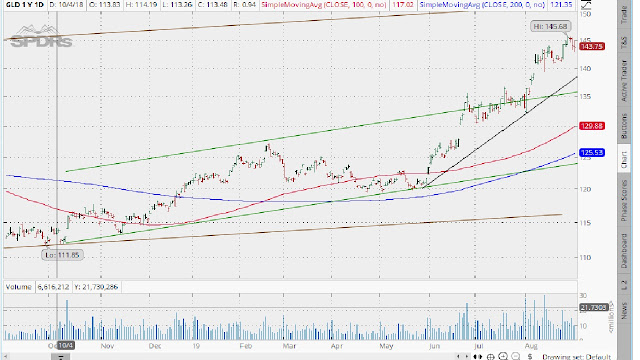 The VIX declined---as you might expect in a stock rally.  However, it held above both MA’s, suggesting weak support for the S&P breaking above the upper boundary of the August 5th trading range. 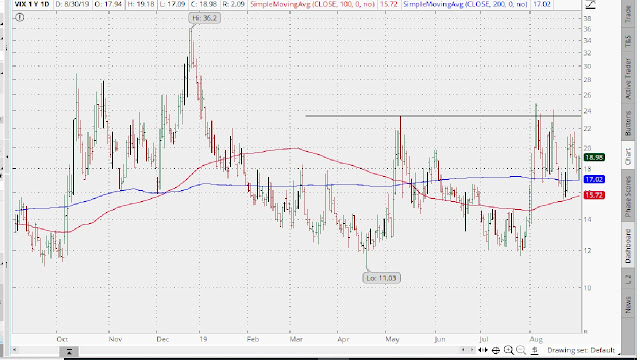 Last week’s economic data was neutral as were the primary indicators.  So, the rating is neutral and the score: in the last 202 weeks, sixty-six were positive, ninety negative and forty-six neutral.  Nothing here to warrant altering my forecast.
https://www.zerohedge.com/news/2019-09-01/slide-corporate-profits-suggests-recession-may-have-already-started

Overseas, the numbers were positive with the Japanese stats quite strong.  This is not the first time in the recent past that the data suggest that the Japanese economy has showed signs of expansion.  It is not yet a trend but bears watching.

The main headline last week was the supposed détente in the US China trade war, which, of course, came to naught as both the US and China imposed the tariffs that had been threatened.
https://www.zerohedge.com/news/2019-09-01/us-slaps-new-tariffs-china-one-minute-later-china-retaliates

Quote of the day.
https://cafehayek.com/2019/09/quotation-of-the-day-2899.html?utm_source=feedburner&utm_medium=email&utm_campaign=Feed%3A+CafeHayek+%28Cafe+Hayek%29