Friday was not a good day, technically speaking.  In a selloff, the S&P voided its newly reestablished very short term uptrend and closed below its 4/17 high, putting it back within the 4/17-4/20 trading range which encompasses the 50% Fibonacci retracement level off the 3/23 low.  Viewing the trading since mid-April, it looks like that Fibonacci level appears to be exerting a magnetic pull on stock prices.
https://www.zerohedge.com/markets/if-bear-market-over-why-are-commodities-transports-underperforming 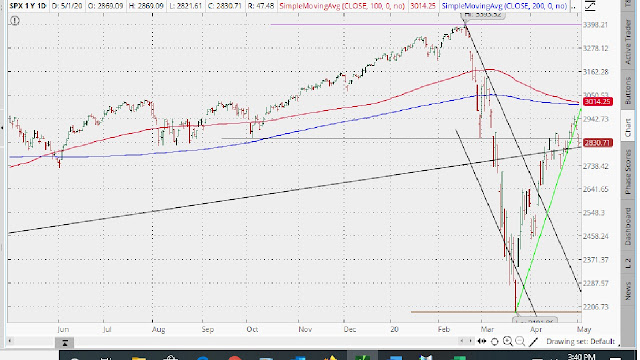 The long bond maintains its upward momentum, having just made a higher low after making a higher high last week.  So, the trend in rates is lower, reflecting the current economic weakness or the need for safety or both. 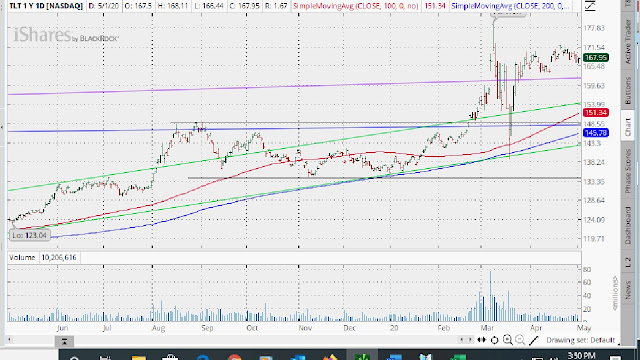 Similarly, GLD continues to make higher highs and higher lows (supporting TLT’s message of economic weakness, the need for safety or both).  Though, it seems to be losing a bit of upward momentum---not especially surprising given that it has broken above the upper boundaries of two uptrends.  Those boundaries tend to have a magnetic pull to them.
https://www.morningstar.com/articles/981788/gold-shares-or-bullion-as-portfolio-diversifiers 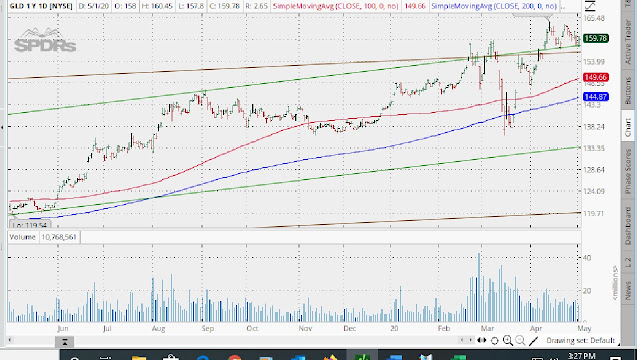 The dollar is struggling.  While it did make a higher low on Friday (albeit just barely), it is near challenging both DMA’s and has two lower highs.  A lower dollar would support the notion of economic weakness but not a need for safety. 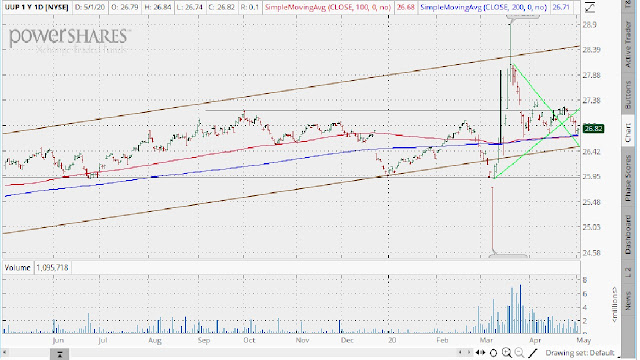 Even though the VIX jumped on Friday (as it should on a down day), it held its very short term downtrend---for at least a day, a plus for stocks. 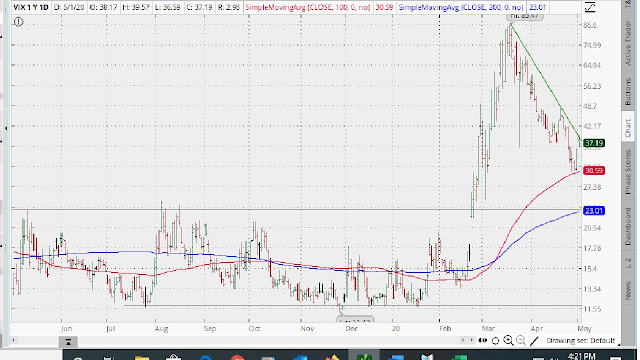 Sweden may have already won the debate.
https://www.zerohedge.com/health/why-sweden-has-already-won-debate-covid-19-lockdown-policy

Infrastructure spending is a great idea but the coronavirus crisis is not the reason to do it.
https://www.bloomberg.com/news/features/2020-04-30/bailout-isn-t-enough-for-economy-to-recover-from-coronavirus?sref=loFkkPMQ
The need for a reverse ‘bail in’.
https://ftalphaville.ft.com/2020/05/01/1588338202000/Why-only-a-reverse-bail-in-can-save-the-economy-now/

News on Stocks in Our Portfolios
Paychex (NASDAQ:PAYX) declares $0.62/share quarterly dividend, in line with previous.

The April EU manufacturing PMI was 34.5 versus estimates of 34.4.