What can I say?  A picture is worth a 1000 words.  Momentum remains to the upside.
https://www.zerohedge.com/markets/if-not-qe-qe-then-not-blowoff-top-blowoff-top 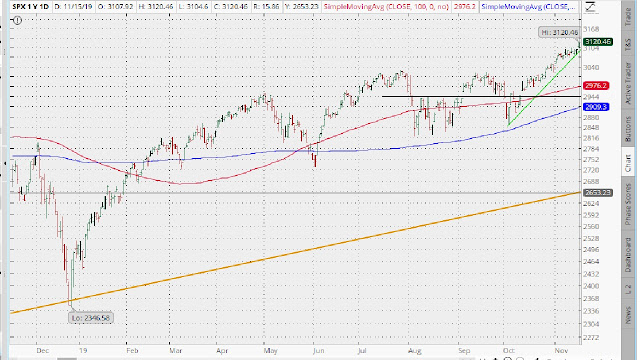 The long bond rallied modestly last week.  It bounced off the lower boundary of its short term uptrend; so, it has some support immediately below it.  However, it was not able to re-challenge its 100 DMA; and that remains a short term directional negative.  While the majority of indicators are still positive, very short term TLT has lost momentum.  Until it regains its 100 DMA, a question remains about direction. 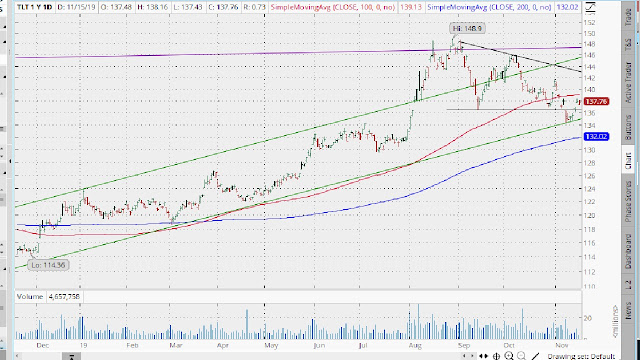 The dollar faded a bit late in the week and is again nearing the lower boundary of its short term uptrend.  Nevertheless, all indicators point higher. 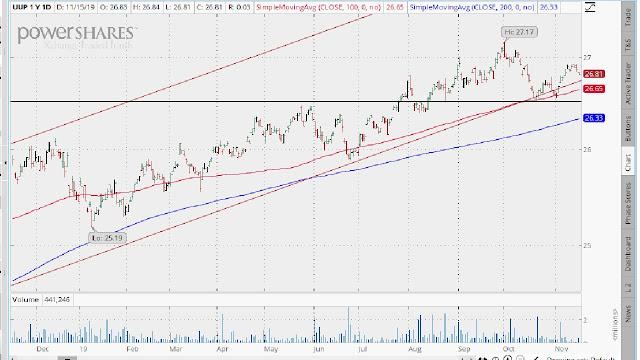 Like TLT, GLD rebounded last week.  Unlike TLT, it has overhead resistance rather than near end support.  As you can see, it touched the upper boundary of its very short uptrend (resistance) and retreated.  In addition, it remains below its 100 DMA.  And like TLT, while the majority of indicators are still positive, very short term GLD has lost momentum.  Until it regains its 100 DMA, a question remains about direction. 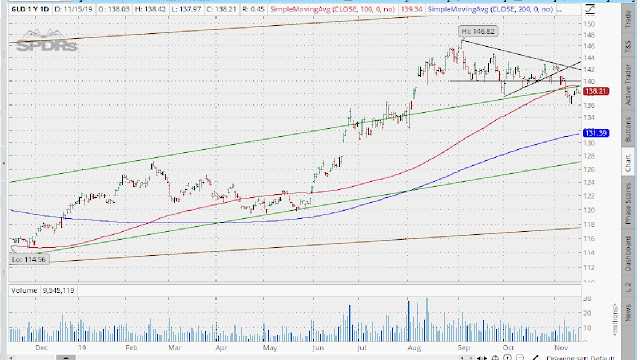 This VIX is again near its 7/25 low, meaning that optimism is unusually high (i.e. stocks are overbought) and it won’t take much to trigger a rebound (a drop in stock prices). 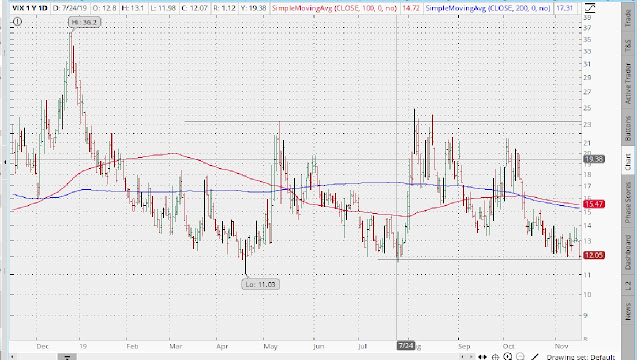 ECB banker hints that it could start buying equities---following Japan’s example, because, you know, that has worked so well.
https://www.zerohedge.com/markets/ecb-member-hints-central-bank-will-buy-stocks-when-situation-gets-really-bad
***overnight, China lowered key interest rates and bailed out another bank.
https://www.zerohedge.com/economics/china-quietly-bails-out-another-major-bank

Quote of the day.
https://cafehayek.com/2019/11/quotation-of-the-day-2981.html?utm_source=feedburner&utm_medium=email&utm_campaign=Feed%3A+CafeHayek+%28Cafe+Hayek%29