Monday Morning Chartology--Sorry about that

The S&P had a spectacular week.  It moved to a new all-time high, closed a gap open, then broke and reset a very short term uptrend.  Meanwhile, on a longer term basis, it is above both MA’s and within uptrends across all timeframes. So, everything is coming up roses, reinforcing my assumption that momentum remains to the upside.  However, there are some negatives that act as a short term governor on rate of momentum: (1) the Dow hasn’t made a new all-time high, (2) both indices still have that 10/28 gap up open to fill and (3) the VIX is near lows and stocks are nearing overbought territory. 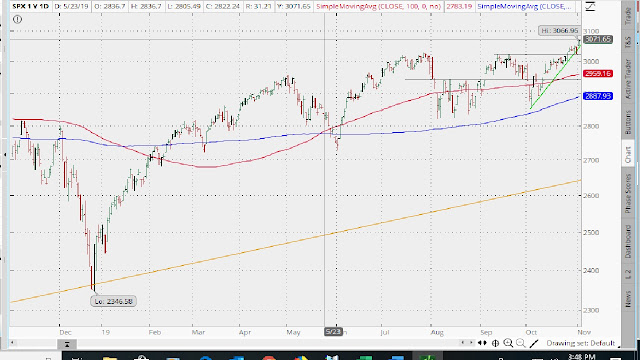 The long bond bounced hard off the 9/13 low and its 100 DMA.  It did so on a gap open which it partially filled on Friday.  That keeps its upward momentum intact though (1) it has to successfully challenge the downtrend marked by lower highs and (2) longer term, the natural upper boundaries of its short term and intermediate term uptrend will tend to restrain the rate of momentum. 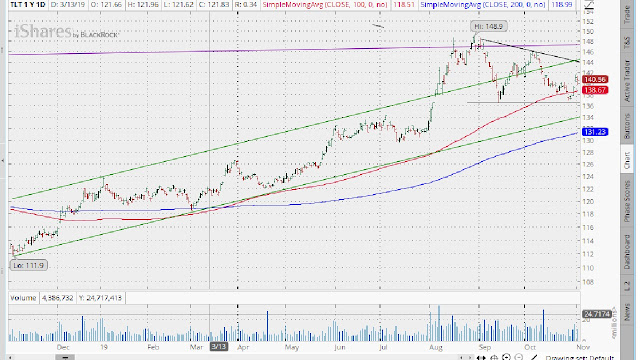 The dollar has been losing upside momentum.  It is now challenging the lower boundary of its short term uptrend for the second time in as many weeks; if it remains there through the close today, it will reset to a trading range.  It also touched its 100 DMA, also for the second time in two weeks, but has yet to push below it.  Clearly, UUP is at a critical juncture.  We will know more this week. 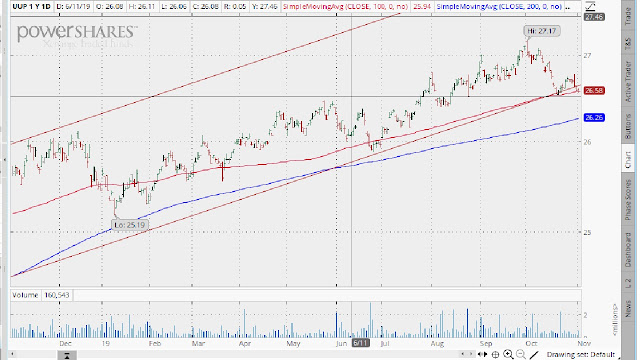 GLD did a bit of a dipsy doodle last week, as it broke to the upside out of the pennant (flag) formation, then traded below the tip for one day and closed back above the tip on Thursday and Friday.  Given this somewhat atypical pin action, I am hesitant to push the idea of higher prices.  Follow through. 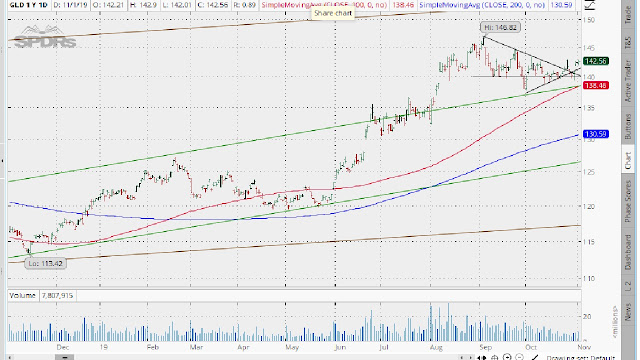 The VIX is near its 7/25 low, putting it at a level where it usually rebounds (and stocks fall).  There is some room for more downside; but it probably portends some backing and filling by stocks. 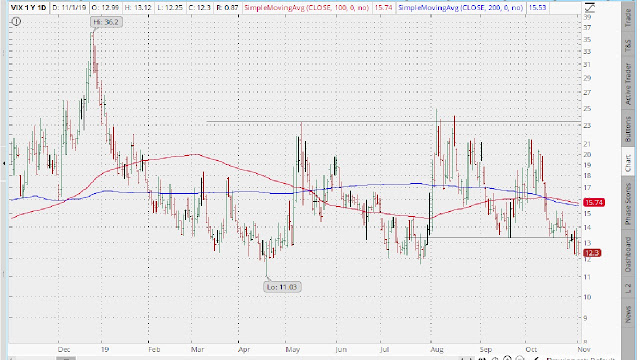 The final October German manufacturing PMI came in at 42.1 versus estimates of 41.9.

The final October EU manufacturing PMI was reported at 45.9 versus forecasts of 45.7.

The final October UK construction PMI was 44.2 versus consensus of 44.0.