The S&P soared for most of the week, finishing above its former high (3337) on Thursday.  But then it failed to follow through on Friday which means that there was no reset of a very short term uptrend and that 3337 remains primary resistance.  This doesn’t mean that prices are suddenly headed down; it just means that stocks are searching for direction.  So, for the moment, I am watching that 3337 level as resistance and the 3215 gap up open as support.  Until one of those levels is successfully challenged, equities will be in a very short term trading range 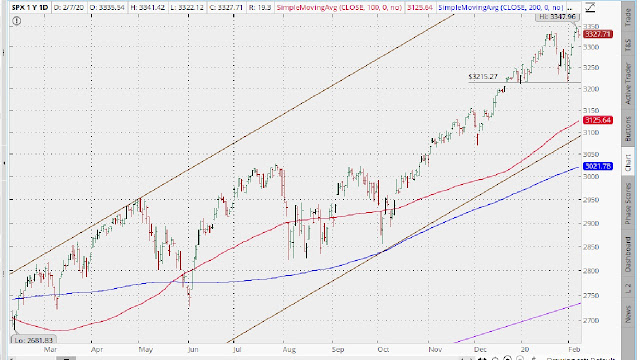 The long bond sold off sharply early last week, then made a solid recovery.  In the process, it made a fourth higher low and left this chart technically strong.  Higher prices (lower yields) seem in the cards. 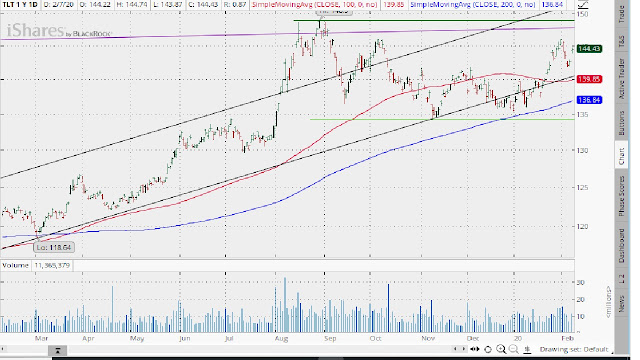 GLD’s pin action closely mirrored TLT last week.  It made a major gap down open last Tuesday, then spent the rest of the week recovering from that sell off and filling the Tuesday gap open.  As part of that spike down, GLD made a higher low, suggesting that the chart has regained technical order and that investors are still looking for higher prices. 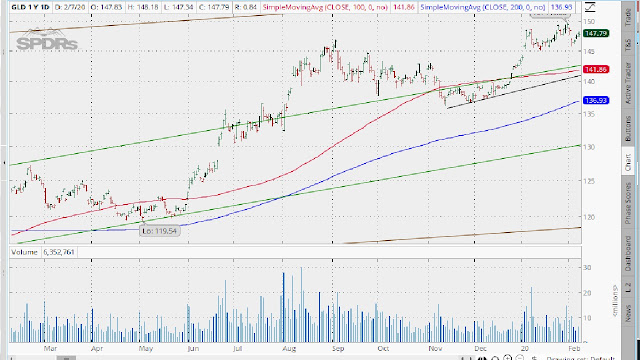 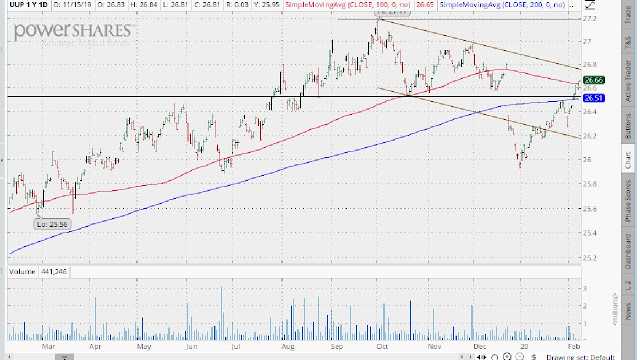 The VIX performed remarkably last week in the face of a powerful rally.  It held above both DMA while the Dow spiked ~1300 points.  That suggests to me that investors are more risk averse than the Market’s price action reflects---which may act as a negative influence on stock prices. 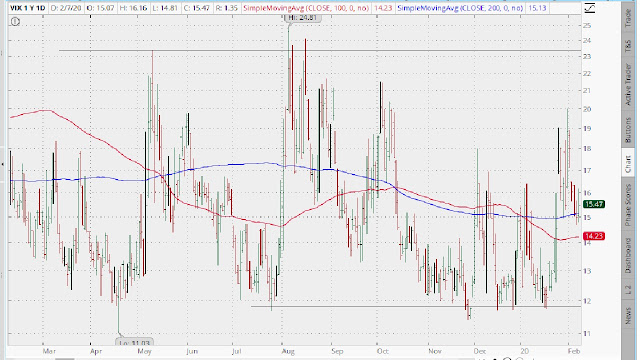 The December Japanese trade surplus was Y524 billion versus estimates of Y417 billion.

Quote of the day.
https://cafehayek.com/2020/02/quotation-of-the-day-3065.html?utm_source=feedburner&utm_medium=email&utm_campaign=Feed%3A+CafeHayek+%28Cafe+Hayek%29